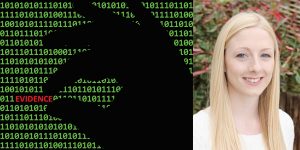 In light of last week’s warning from HMIC that police forces in England and Wales risk being “overwhelmed” by the volume of digital evidence they have to deal with, the research provided by the IPSCJ under the East Midlands Police Academic Collaboration (EMPAC) banner comes at a helpful time to provide a more detailed picture of this important issue across the five forces in the East Midlands region.

Our digital evidence research involved surveying over 500 police officers and staff across Derbyshire, Leicestershire, Lincolnshire, Northamptonshire and Nottinghamshire between July and September 2016. The findings provide each of the forces with a detailed insight into what types of digital media are being encountered, the effectiveness and efficiency of the processes for handling this evidence, the level of confidence and competence of officers and staff, and the barriers and training needs identified.

As HMIC’s report suggests there is lots that can be done to improve the handling of digital evidence. One key aspect is developing the knowledge and confidence of officers and staff in dealing with different types of digital media. Nearly 40% of respondents said they were not confident about investigating crimes through social media and nearly a quarter of those surveyed were not confident about the seizing and handling of Body Worn Video (BWV). Although the training received has been rated as very or fairly useful, too many have not received any training, and officers and staff are desperate to learn more to improve their effectiveness – with almost six out of ten wanting more open source (social media) training, and three out of ten requesting training for BWV.

The ever-evolving digital world demands not only new skills of police officers and staff, but also improved and more efficient processes to deal with the increasing prevalence of digital evidence and the new challenges that this presents. Officers and staff who participated in the survey had encountered circumstances that had caused a risk to victims of crime, to the force itself, and to witnesses of crime. Delays in obtaining digital evidence or incompatibility with the Crown Prosecution Service’s (CPS) systems had caused cases to be discontinued and subsequent stress and risk to victims. Worryingly, many participants lamented extended bail periods for suspects due to delays in handling digital evidence, increasing the risk of re-offending.

Our research suggests that steps need to be taken to better train and equip staff and officers to handle investigations involving digital evidence including social media. The more they can do themselves, the more time specialist departments will have to assist where they are really needed. Those surveyed said that digital media specialists would be more beneficial to their work if they were available locally, rather than in a central location in each force. And finally, data sharing capability with other agencies, especially the CPS, is desperately needed to mitigate the risks posed by delays due to issues with digital evidence handling.

The HMIC report, and these research findings, should bring this issue to the attention of senior officers and Police and Crime Commissioners (PCCs), who can implement changes to processes and can improve training opportunities to enable hard-working officers and staff to deliver results efficiently and effectively for victims.