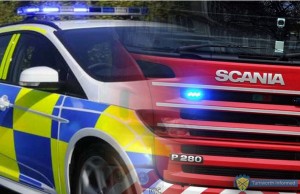 Northamptonshire’s Office of the Police and Crime Commissioner has published a report into the future of emergency services integration in the county.

The report, titled Bluelights: Police Fire Integration in Northamptonshire details the achievements towards integration so far, before setting out future aims.

The steps taken so far include:

In addressing the future of blue-light integration, the report sets out how the technology used by the services will need to be amalgamated, how demand across the services will be managed down, and how to involve the Ambulance Service.