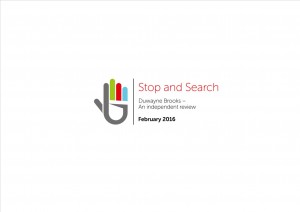 Northants Police held a consultation into the perceptions and views of communities around the use of Stop and Search powers in January 2014. As a result, the following changes were made to Stop and Search procedure in the county:

One year on from the consultation, use of Stop and Search in Northamptonshire is down by 43% and the force were also awarded the international Daniel Wagman Award, for commitment to managing social diversity.

Mr Brooks – the Deputy Major of London’s critical friend on Stop and Search and formerly one of the most stopped and searched individuals in the country – praised the improvement in police engagement with young people in the county and made a series of recommendations for further improvements in delivery of the procedure.